BlackBerry to Become a Platform? 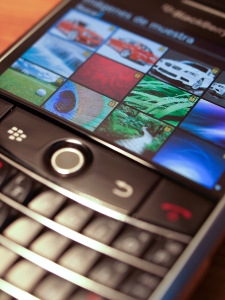 With the launch (and success) of BlackBerry Messenger (BBM) for iOS and Android platforms, BlackBerry opens up an important piece of their mobility ecosystem to non-Blackberry platforms.  It is not the first time the Canadian firm makes its software platform available outside the devices manufactured by themselves.

Times have changed enormously since BlackBerry Connect was released, and the company that then was quickly gaining market share concentrating on email, is now struggling for survival. Their devices have lost the battle agains the strong contenders from Apple and the Android ecosystem, but they still play a strong role in the Corporate world.

Would the launch of a multi platform BBM, a fundamental piece of their puzzle that’s underpinned an important portion of their success in former times, be actually the first step in their new strategy?. Would we see a release of the whole BlackBerry suite of productivity tools (Email, Calendar, Browser, Messenger) for iOS and Android?.

I believe this would be a brilliant strategy to follow. Focus on what is still a strength rather than on the devices where they seem to have lost their edge. They would enter with a potentially very strong proposition a market in which probably now only Good for Enterprise is playing, with the advantage of plugging it to their large base of BlackBerry Enterprise Servers already deployed across the globe.

Given the 20 million downloads of BBM in the first week after its launch looks like there definitely is an appetite for BlackBerry as a platform.