Does Apple bet for NFC?

There is something I quite missed on today’s Apple event. It was not Steve Jobs, and it was not iPhone 5. Actually, whether it was an upgraded iPhone 4 (as it finally turned out to be) or the long awaited iPhone 5, the feature I really missed is the NFC chip built into the latest object of desire.

Taking a look at the recent movements by Google, announcing Google Wallet and Offers, which create a whole ecosystem to make the most out of the NFC hardware, as well as the list of 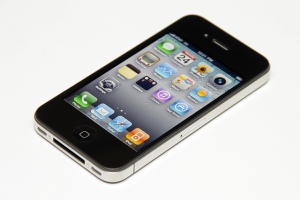 manufacturers announcing -or even shipping- NFC-capable phones, it is surprising that Apple chose not to make a move on this space. The whole set of actors in the industry, from hardware and software manufacturers to card issuers, financial institutions and merchants are positioning themselves on what looks like one of the next big things in both Mobile Technology and Financial Services.

Apple is known for not leaving anything to chance, so either they do not believe in NFC (clearly unlikely, considering the push and support the technology is getting) or they are preparing something really big that is worth waiting for their next generation SmartPhone to be unveiled.

So is Apple preparing a move similar to Google’s in this space, by combining the hardware -probably linked to the iPhone 5 launch sometime next year- with a complete ecosystem of applications and platforms to cover the whole, end to end payment experience?. Is it wise for Apple to reach the market at least half a year later if they want to have a predominant position in this space?. Time will tell, but it looks that either they have an ace under their sleeve or it will be a big leap to cover if they wait for iPhone 5 to step in.